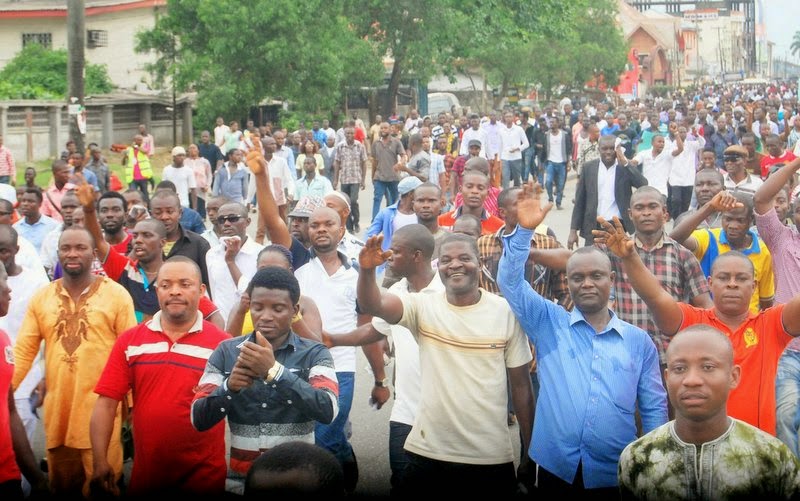 The Rivers State Governor, Rotimi Amaechi, has imposed a dusk-to-dawn curfew on Port Harcourt, the state capital, hours after the Independent National Electoral Commission announced the result of the presidential and National Assembly elections in the state.
In a terse statement signed by the Secretary to the State Government, George Feyi, the governor said the curfew will hold from 7p.m. to 6a.m.
“The curfew will continue till further notice,” a part of the statement said.


The declaration of the curfew comes amidst heightened tension occasioned by the conduct of last Saturday’s election in the state.
Mr. Amaechi and the All Progressives Congress had boycotted the polls over the failure of INEC to supply result sheets to many polling units especially in the party strongholds.
But the elections continued despite the boycott and the result of both the presidential and National Assembly polls were announced at about 2pm amidst protests and call for cancellation by the APC.
Posted by Unknown at 3/30/2015 12:53:00 pm