Nigerians have made history ​by electing Buhari — APC 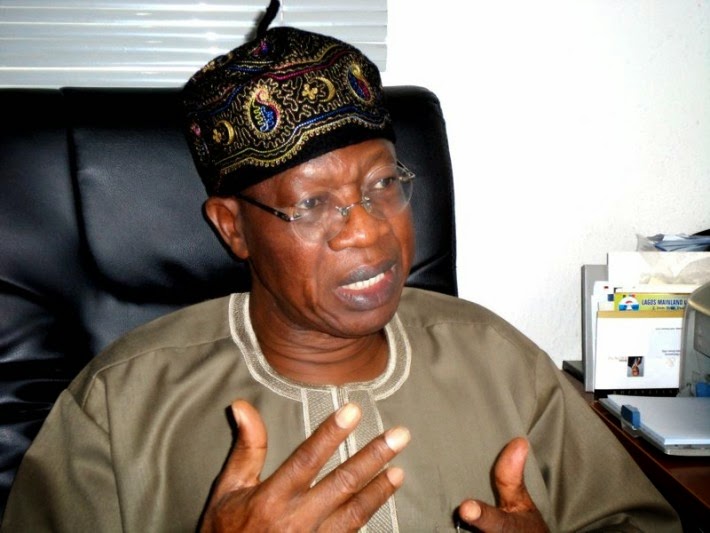 The National Publicity Secretary of the All Progressives Congress, Lai Mohammed, on Tuesday said Nigerians ha
​ve ​made history through the ballot box​ in electing Muhammadu Buhari president.
​
Mr. Mohammed made the statement in Abuja at the APC secretariat while fielding questions from journalists.
According to him, by voting into power someone not in government, Nigerians have reclaimed their power at the polls.


”I think it’s first of all victory to all Nigerians,” he said. “We are all here on the verge of history. This is the first time in the political history of Nigeria that a government in power would lose an election via the ballot box.
​”This also sends a strong message to the incoming government that the people have reclaimed their ballot. People have reclaimed their rights and they would punish any government who fails to do their expectations.”
He said Mr. Buhari’s victory across the zones was due to the selflessness of the party​’s​ leaders.
Mr. Mohammed added that the merger of various political parties was another reason for the victory.
”Buhari won across the zones,” he said. “We thank our leaders who thought it fit to come to a merger. Before now, we were in ANPP, CPC and ACN but our leaders made that bold sacrifice, dropped their personal ambitions and agreed at a merger and gave us a broader platform. A platform that was national in outreach and for the first time in Nigeria, we had a truly pan-Nigerian political party.”
The party’s spokesperson pointed out that Mr. Buhari’s victory was made possible because of the issues that defined the election.
“The issues that defined Buhari’s win across the zones were corruption, ineptitude, bad economy and insecurity and in him they (electorate) found these qualities,” he said.
Also, the Speaker of the House of Representatives, Aminu Tambuwal, said, “We are all full of thanksgiving to God about the happenings in the country.”
(NAN)
Posted by Unknown at 3/31/2015 06:03:00 pm