Buhari campaign group call for the arrest of Femi Fani-Kayode 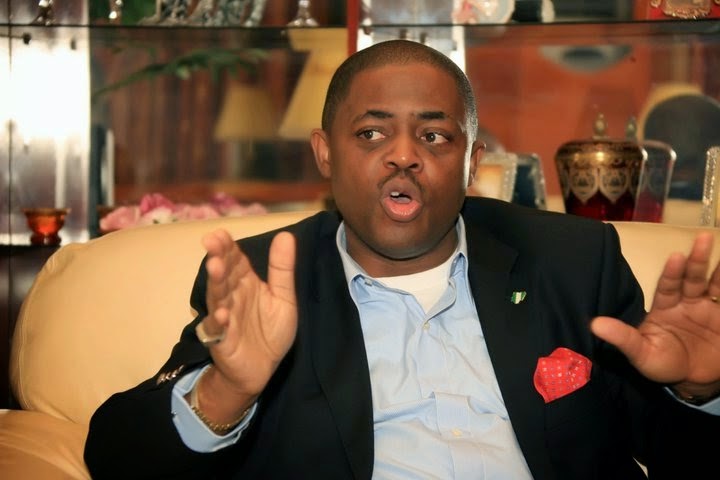 Buhari Support Group has called on the law enforcement agents to effect the arrest of Chief Femi Fani-Kayode for saying that PDP had won in 23 states even when INEC had not announced any results. The group at a press conference in Abuja yesterday March 30th said Fani-Kayode through his action breached the electoral law


"We strongly condemn in its entirety, the recent outburst and blatant misinformation of the general public by Mr. Femi Fani-Kayode that the PDP is already leading in 23 states of the federation. This claim is a total breach of the electoral act and is designed to cause the breach of peace. Gen. Mohammadu Buhari had repeatedly emphasised to his supporters to maintain calmness in that face of provocation by the ruling party. This recent utter exhibition of lawlessness enmeshed in the typical character of impunity by PDP is unacceptable. We ask the security agencies to immediately effect the arrest of Mr. Fani-Kayode for breaching relevant sections of the electoral act which forbids any organ outside INEC from officially declaring election results. His arrest for further questioning will be a clear indication that the security agencies are truly unbiased participants in this electoral process as this declaration is also a breach of both the 1st and 2nd Abuja Peace Accord. We call on the international community and observers to note the steps being taken by PDP to cause severe breach of peace and call them to order. We also ask our supporters to maintain the peace as we await the official announcement from INEC of the authentic result for the March 28th elections.” Media and Publicity Director of the group, Dr. Chidia Maduekwe said