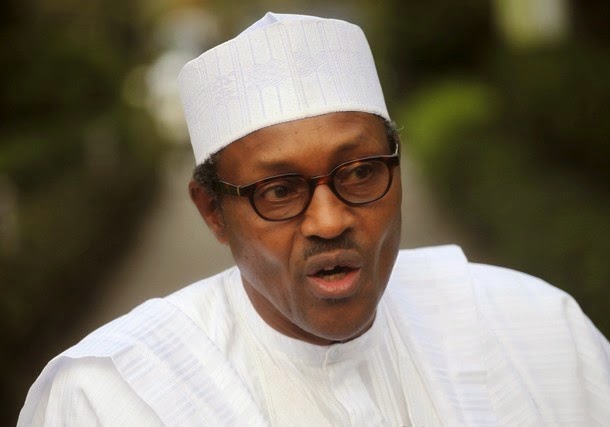 After three previous failed shots at the presidency, Muhammadu Buhari is finally moving into Aso Rock, Nigeria’s presidential palace,as the President of the Federal Republic of Nigeria.
A retired Major-General, Mr. Buhari, who contested on the platform of the All Progressives Congress, APC, polled a total of 15,416,221 votes to defeat the incumbent and candidate of the Peoples Democratic Party, President Goodluck Jonathan, who got 12,853,162 votes.
The APC candidate got the highest number of votes in 21 states while Mr. Jonathan prevailed in 15 states and Abuja.
Mr. Buhari has also met the constitutional requirement to be declared President-elect by getting more than one quarter of the votes in 27 states.

But we can report that Mr. Buhari got 473,543 votes in Borno compared to the 25,640 earned by Mr. Jonathan.
So, the APC candidate has practically won the election by beating Mr. Jonathan by 2,563,059 votes.
Mr. Buhari’s victory makes it the second time since 1999, when Nigeria returned to democratic rule, that a retired military officer would become Nigeria’s president.
Mr. Buhari, who wields enormous support in Northern Nigeria, won in 21 states to emerge victorious.
The retired army officer’s journey to the presidency began in 2003 when he contested under the platform of the now defunct All Peoples Party, APP.
That year, he got 12.7 million votes to lose to Olusegun Obasanjo, also a retired army officer, who was seeking a second term as president.
Despite picking a southerner, the late Chuba Okadigbo, as a running mate, Mr. Buhari got a huge chunk of his votes from the north.
Four years later, Mr. Buhari, contesting under the ANPP, attempted another shot at the presidency, this time going head to head with a fellow northerner, Umar Yar’adua of the PDP.
Again, he lost.
Despite still picking a southerner as a running mate, his performance in 2007 was far worse than that of 2003 – he polled a meagre 6.6 million votes while the eventual winner got thrice his vote.
By 2011, Mr. Buhari helped found another party, the Congress for Progressive Change, CPC, and, once again, he aimed a shot at becoming president.
Once again, he picked a southerner as running mate.
On April, 16, 2011, he ran against the incumbent, President Jonathan.
He polled 12.2 million votes to lose to Mr. Jonathan who got almost twice his votes.
After the 2011 general elections, three major political parties – the Action Congress of Nigeria (ACN), a faction of the All Progressives Grand Alliance (APGA), and Mr. Buhari’s CPC – began talks on a merger that would enable it provide a formidable platform to challenge the dominant PDP.
On February 6, 2013, the APC was founded.
“We promise not to disappoint Nigerians who have reposed much confidence in us,” Lai Mohammed, then interim National Publicity Secretary of the APC, said at the time.
“We say that contrary to the lies peddled by the naysayers, we are not seeking political power for the sake of getting it, but in order to use it to empower our people and allow their long-nursed hopes and dreams to become a reality.”
At the APC presidential primaries in December 2014, Mr. Buhari contested against political heavyweights like Atiku Abubakar, former vice president; Rabiu Kwankwaso, governor of Kano State; and Rochas Okorocha, governor of Imo State.
At the end of the day, the retired general polled 3,430 delegates votes to defeat his challengers.
For his running mate in the run up to the 2015 general election, Mr. Buhari again picked a southwesterner as a running mate.
During his campaign, the 73-year-old traversed the length and breadth of the country canvassing for votes.
The 2015 presidential election was the first time Mr. Buhari won in states outside northern Nigeria, winning all the south-western states except Ekiti State.
Posted by Unknown at 3/31/2015 11:21:00 am