Angry father kills loverboy over alleged affair with his daughter 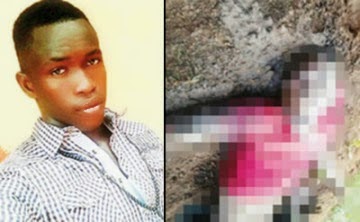 The Police in Cross River state are currently investigating the circumstances that led to the death of 22-year-old Douglas Ojugbo pictured above who is believed to have been killed by one Mr Godwin Elewana over accusations that the young man was having an affair with his daughter.

According to Punch, that Elewana, a resident of Cross River Basin Development Authority, in Calabar, Cross River State had repeatedly given Douglas a stern warning to desist from coming to his house to see his daughter but the young man refused. Things came to an unfortunate end when Mr Elewana pursued and shot Douglas twice when he came in search of his daughter on March 10th. 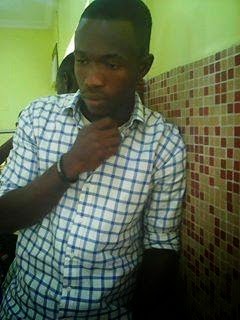 According to neighbors of Mr Elewana, on seeing that he had inflicted serious injuries on the young man, he carried him into his car and drove him to the Federal Housing Police Station. The young man had died before they arrived at the police station. He was immediately buried by policemen at the station who claimed the complain they got was that he was an armed robber.

Speaking on the matter, the Divisional Police Officer in charge of the station, Mr. Mike Ezenwenrem, said "I got a call from one of my patrol officers, who said an armed robbery suspect was being brought in. I called the control unit, informing them that a suspect was apprehended at the Basin Authority area. When the patrol came, I saw somebody at the back of the pickup and they brought him down. They brought some iron rods and one locally-made pistol, saying an angry mob nabbed the robber. Elewana was there with the mob. He (Elewana) said he was in his compound, when he heard his dog barking and that when he checked, he saw someone rushing out from the sitting room of the other flat. He said the suspect (Douglas) threatened him with the machete he was holding, but he (Elewana) said he retreated to his flat and brought out his double-barrelled gun and shot the suspect. He said after the shooting, the suspect still managed to scale the fence, but the people around pursued him, brought him down and beat him up. I sought to know the boy’s identity, but nobody knew him. I then told my men to take the statement from Elewana who acted in self-defence. The corpse was unidentified and besides I could not raise N35,000 to take him to the mortuary, so I called health workers in the state to take him away. I don’t know anything about this issue of girlfriend and boyfriend. The man said the boy came to rob in one of his flats and later threatened him. So, it was a case of robbery. People should not face the police, they should face the man who shot him. The man is not on the run.”he said

In a swift reaction, Douglas Father, Mr. Augustine Ojugbo, a lawyer, said contrary to Mr Elewana's complain, his son was not having an affair with his daughter. He said his son had sold a mini laptop to Mr Elewana's daughter who paid in part and had gone to collect his balance when he was killed by Mr Elewana 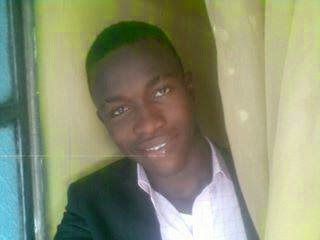 "My son is 22 years old. Sometime this year, he sold his mini laptop to the daughter of Mr. Elewana Godwin. Elewana’s daughter name is unknown to me at the moment. But she made a part payment of the agreed sum, leaving the balance. My son, in a bid to collect or recover the balance of his money, had been visiting the lady at home and he ran into Elewana on his previous visits. Elewana, not pleased with the boy’s presence, demanded to know what he was doing in his house. My son explained to Elewana of his transaction with his daughter. Elewana, without any effort to verify the boy’s story, asked him to leave his house and warned him never to visit his house again. My son was about leaving when Elewana’s daughter cornered him and asked him to come on March 10 to collect the balance of his money. On that fateful day, my son went to Elewana’s house, hoping to see the daughter as agreed, but unfortunately he saw Mr. Elewana. Elewana, upon sighting Douglas, ran into his room and fetched his gun. My son took to his heels to save his life. However, Elewana pursued him until he caught up with him at the gate of Basin Authority, and he shot my son first on the leg as a result of which Douglas fell down. To accomplish his goal, Elewana shot him the second time on the arm. Elewana still bundled Douglas into his car and took him to the Divisional Police Officer of the Federal Housing Police station. The DPO conspired with Elewana to get rid of Douglas’ corpse.” he said

When asked why Douglas was hurriedly buried without his parents consent, the DPO Mr Ezenwenrem said he had no where to keep Douglas body when it was brought to the station.

"Where do you expect me to keep the corpse when I did not have the financial power to send the body to mortuary? We have health authority that could be called upon anytime to dispose unidentified corpse. Where they could have faulted me is if someone had come to identify the corpse and I still went to the health authority to bury the corpse. We normally call them to come and dispose corpses, especially unidentified ones. At every point in this whole issue, I communicated with the Commissioner of Police and also sent signals. I did not follow the health authorities to where they took the corpse to..”he said

Meanwhile Mr Elewana has been arrested by the police in Zone Six in Cross Rivers state for further investigation.