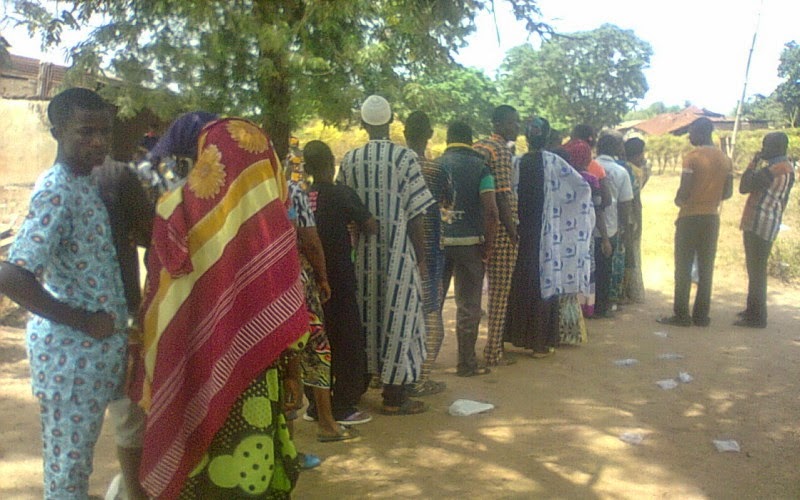 A CALL TO PROTECT THE SANCTITY OF OUR VOTES [Statement by the Nigeria Civil Society Situation Room – March 30, 2015]
The Nigeria Civil Society Situation Room is concerned by reports of attempts across several states of the country to undermine the integrity of the collation of votes and outcome of the March 28 Presidential and National Assembly general elections.
The Situation Room has received disturbing reports that politicians using various arms of the national security apparatus are attempting to fiddle with the collation process and pass off results that undermine the credibility of the elections and the sacrifice of millions of Nigerians from all walks of life, who against all odds trooped out to cast their votes on March 28.
INEC
Situation Room calls on the Independent National Electoral Commission, INEC, to ensure that results that are announced reflect the true outcome of the votes cast by the Nigerian people. Given the many concerns that have been raised and the investments that have been made towards the conduct of the 2015 general elections, INEC must ensure that its laudable efforts are not marred by a failure or abuse of the collation process and that all announced results are accurate and reflective of the will of the Nigerian people as expressed in their vote on March 28, 2015.


POLITICIANS
Situation Room is disappointed at the actions of politicians who are hell bent on plunging the country into chaos to achieve desperate political ends.
Reported electoral fraud being sought to be perpetuated by political forces and security personnel negate the spirit of the Abuja Peace Accord voluntarily signed by the presidential candidates of the political parties, and threaten the peace and stability of the Nigerian nation.
SECURITY AGENCIES
Situation Room also calls on security personnel to note that they will be held to account and pursued for prosecution under various local and international laws if they undermine the elections.
CITIZENS
Situation Room calls on Nigerians to be vigilant at this critical time of our national history and defend the course of democracy.
INTERNATIONAL COMMUNITY
Situation Room also calls on the International Community and democracies around the World to support the Nigerian people in defence of our right to democratically elect our leaders, without political subversion by politicians.
Situation Room urges the International community to exert every effort in assisting the Nigerian people to hold political actors to account.
Where necessary, needed sanctions should immediately be activated and targeted against specific political actors and officials for their action in instigating crisis in Nigeria.
Posted by Unknown at 3/30/2015 03:06:00 am