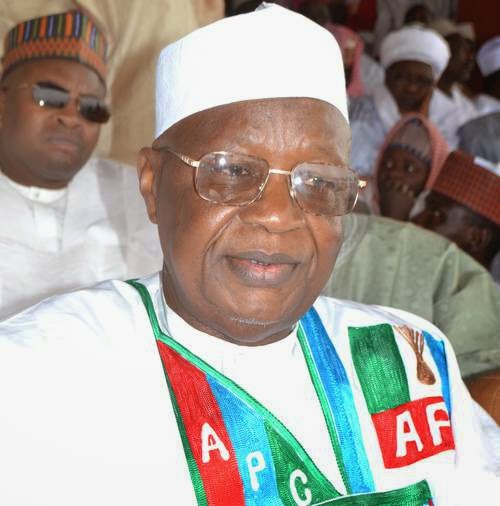 With just hours to the 2015 presidential elections, we has been informed of the detention of some chieftains of the All Progressives Congress (APC) by the Sokoto State command of the Department of State Security (DSS).
Those under arrest include Alhaji Mu’azu Zabira, the chairman of APC’s Security Committee.  The home of another APC chieftain, Alhaji Ummarun Kwabo was raided, during which Alhaji Abubakar Kani was arrested.  Up to the time of this report, no information was available with regard to where they are, or the offences for which they are being held.


Confirming the situation to SaharaReporters, the APC acting Chairman in the state, Alhaji Usman Suleiman Danmadamin Isah, said arrests are one of the strategies of the Peoples Democratic Party (PDP) to use force to seize power in the state. Alhaji Isah said efforts were being made to secure the release of the men before the election.
Responding to telephone inquiries, the DSS Director, Abubakar Bubuche, denied knowledge of the arrests.  The Sokoto State Police Command Public Relations Officer (PPRO), El-Mustapha Sani, also denied that the Police have a hand in the arrests.
The state PDP, in conjunction with the Federal Government, is alleged to have listed about nine APC chieftains in the state as well as some state government officials to be detained until the result of the elections is announced.
Meanwhile, Justice Rilwanu Aikawa of the Sokoto Federal High Court has restrained the EFCC, ICPC, the Police and the NIA from arresting state government officials in relation to investigations in alleged cases of appropriation, disbursement and administration of monies appropriated between 2008 and 2014.
Also on Friday in Kaduna, Kaduna State, the police was reported to have attempted to detain several APC chieftains, including the governorship candidate, Nasir El-Rufai, the APC Senatorial Candidate for Kaduna North, Suleiman Hunkuyi; and a top campaign council official, Lawal Yakawada.
Premium Times said the APC officials had declined to honour the invitation, but that their lawyer wrote to the police to say the matter over which they were invited was already in court.
Posted by Unknown at 3/28/2015 06:24:00 am