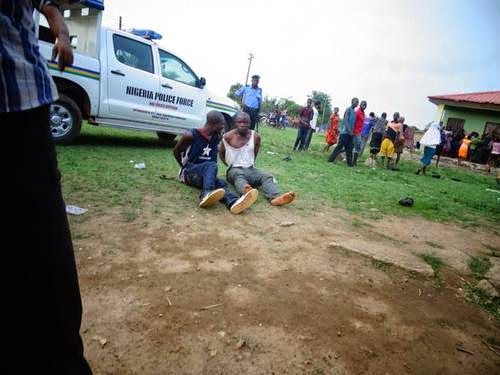 Thugs hijacked ballot boxes at Akinfolarin in Ondo State. However, vigilant voters gave chase as the thugs tried to escape and caught them.
Our correspondent reported that the thugs came ‎on several motorcycles, otherwise called “Okada,” and chased away voters before hijacking the boxes.
A voter in the town, who spoke to SaharaReporters, revealed that the thugs unleashed terror on voters who were patiently waiting for the announcement of the results.
“We had finished voting and [were] awaiting the sorting and announcement of the results when the thugs came on bikes and started harassing us.


“They initially threatened us and, before we knew it, one of them carried one ballot box and the others picked up the remaining boxes and jumped on the bikes,” he said.
Our correspondent added that the voters ran after the thugs and caught them. They were later handed over to the police who arrived at the scene.
Meanwhile, thugs also disrupted voting at Igboliki ward 7 in Odopetu in Akure, Ondo State.
The thugs attempted to hijacked ballot boxes but were resisted by voters and INEC ad hoc staff.
The thugs overpowered a police officer at the ward.
Residents told a SaharaReporters correspondent that the thugs stabbed several voters who were waiting to vote.
Posted by Unknown at 3/28/2015 06:17:00 pm