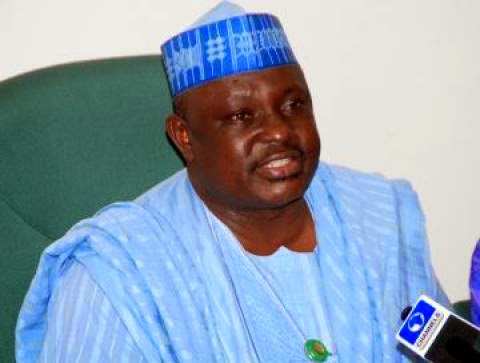 In a fiercely contested election, Jagaba Adams Jagaba, leader of the northern caucus in the House of Representatives and a close ally of Speaker Aminu Waziru Tambuwal, has defeated Danjuma Akuso of the Peoples Democratic Party (PDP) to claim a seat in the House of Representatives representing the Kachia/Kagarko federal constituency. The Presidency had backed Mr. Akuso heavily in the election, now claimed by Mr. Jagaba, a member of the All Progressives Congress (APC).
Mr. Jagaba, who chairs the House of Reps committee on Drugs/Narcotics and Financial Crimes, last year defected to the APC from the PDP after clashing with close associates of Vice President Namadi Sambo, who also hails from Kaduna State.
Moses Mamman, the returning officer of the Independent National Electoral Commission (INEC), announced that Mr. Jagaba polled 48876 votes while Mr. Akuso received 44148 votes.


An INEC source in Abuja told a correspondent said that several associates of Vice President Sambo, led by the Director General of National Emergency Management Agency (NEMA) and Governor Mukhtar Ramalan Yero, had made futile efforts to stop the electoral body from announcing the victory of Mr. Jagaba.
The source added that INEC’s returning officer successfully resisted pressures to falsify the results of the election.
Mr. Jagaba is the only APC member from Southern Kaduna zone of Kaduna State.
Posted by Unknown at 3/31/2015 04:19:00 am