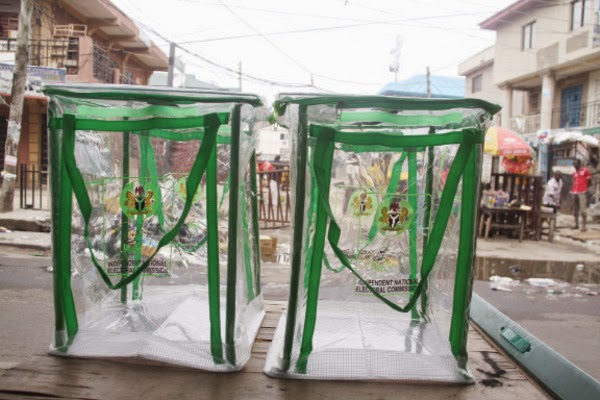 The Rivers State Police Command said on Saturday that it arrested a middle aged man for allegedly snatching a ballot box in Tai Local Government Area of the state.
Ahmad Muhammad, a Deputy Superintendent of Police and Public Relations Officer of the Command, said this in Port Harcourt and added that the suspect was arrested as he tried to snatch the ballot box at the polling unit.
“The suspect is in police custody and so far, this is the only incident we have recorded in the election.
“I believe that there will be updates at the end of the day.”


Mr. Muhammad also said that the Commissioner of Police in the state, Horsea Karma, had inspected some polling units and wards in Port Harcourt and Obio/Akpor Local Governments.
He said that the commissioner was satisfied with the conduct of the voters, election officials and security personnel at the centres visited.
He also said that the command also ensured that enough police personnel were posted to man each polling unit during the election.
(NAN)
Posted by Unknown at 3/28/2015 05:50:00 pm