Bridesmaid hangs herself in her dress hours after attending sister's wedding 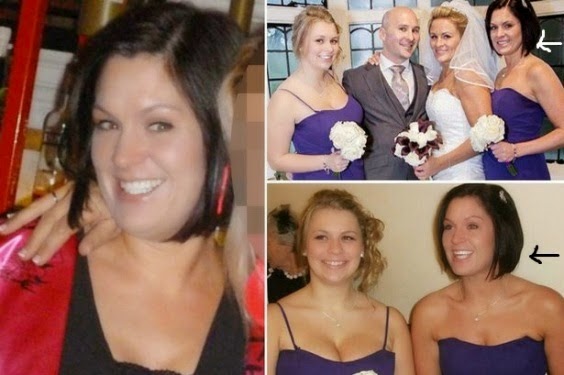 30 year old Rebecca Darnell attended her older sister's wedding and looked really happy to be there. In fact, friends said she was the 'life and soul of the wedding party' as head bridesmaid. She'd helped organize people and dragged many people onto the dance floor, so imagine their shock when they heard she'd hanged herself just hours after the wedding, still wearing her bridesmaid's dress.


"She was the life and soul. She got everybody up and dancing, which is no mean feat. She was getting everyone involved." her father David told a coroner yesterday. 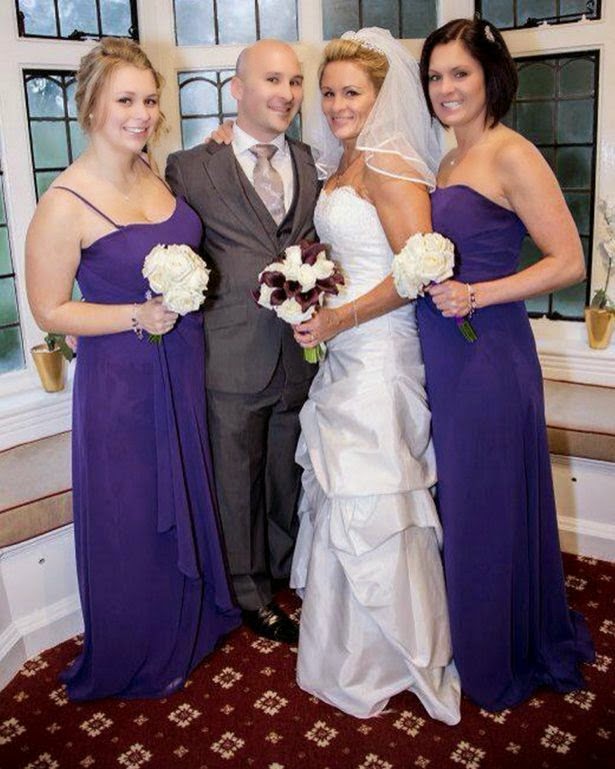 However, just hours after the wedding reception Rebecca's partner of four years, Carlo Salamone, found her body hanging at their townhouse in Addlestone, Surrey.The couple had argued about the taxi fare on their way back from the wedding, the inquest heard, and Mr Salamone had slept on the sofa when they had got home.When he woke up and went upstairs to find his girlfriend, he saw that their bed was still made and had not been slept in. Walking up the second flight of stairs to the third floor, Mr Salamone found his path blocked by a hanging figure.Mr Salamone raced to get a phone and dialled 999 and was directed through CPR lifesaving techniques, which he carried out.Police constable Stephen Ashley, who attended the scene after 7am, said he found a body lying on the floor, still wearing a "formal evening dress."A post-mortem examination showed Rebecca had died as a result of suspension, with a cause of death of hanging. Toxicology tests showed she was double the drink driving limit, with 162mg of alcohol per 100ml of blood.Mr Salamone said his partner had been "very happy" on the day of the wedding, on November 8, 2013, and had drunk vodka and coke but not seemed excessively drunk.Taxi driver Khalik Meah said the couple had been arguing when he gave them a lift back from the party some time after midnight.Asked whether the couple rowed a lot, Mr Salamone said they would argue when they were drunk, but this was only around once a month and this had been no worse than normal. "She was my life partner," the garage owner said. "That evening at the wedding I had spoken to Jo's husband and arranged the following summer in Dubai (where the newlyweds lived) to ask Rebecca to marry me. "I wanted to spend the rest of my life with her."The counsellor had been diagnosed with Type 1 diabetes when she was aged 25 years, the coroner heard, leaving her reliant on insulin to regulate her blood sugar levels.Her medication had made her put on weight, which Mr Salamone said she worried about, weighing herself every morning and evening.Once, during a severe hypoglycaemic attack, she fell into a coma which lasted four days and left her with minor memory problems.Her devastated father David said his daughter, who grew up in Hertford before the family moved to Guildford, Surrey, had been a perfectionist.Rebecca's cousin Samantha Nash, 24, said she had seen her in a state at about 10pm on the night of the wedding.Miss Nash said: "She came to me and completely broke down. Alarm bells went off."She was extremely upset. It was about how Carlo wasn't there for her at home."She kept saying, 'Don't tell anyone Carlo's on drugs, cocaine, don't tell anyone."Coroner Richard Travers said: "The cause of Boo's death was hanging. There was nothing at the scene to suggest any third party involvement."He ruled out a verdict of suicide, as he could not find any clear intention, such as leaving a suicide note and Rebecca had made plans to see friends and family for the coming days."Consequently I conclude Rebecca died from self-inflicted injuries but her intention was unclear," he said.Source: UK Mirror
Posted by Unknown at 3/24/2015 08:36:00 am