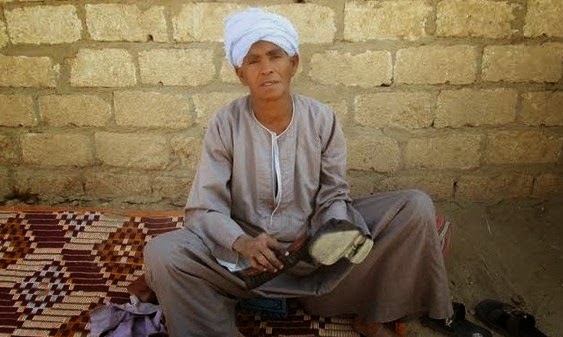 A 64yr old widowed Egyptian woman, Abu Daooh (yeah, that's a woman pictured above) has been honored by a Local government in Egypt with the 'woman breadwinner' award after it was discovered she disguised as a man for 43 years so she could operate as a shoemaker and fend for her family.

Daooh lost her husband 43 years ago while she was pregnant with her only child, a girl. She said she decided to disguise because her community frowned at women who work. Daooh who wore a “jilbab” and a male hat known as a “Taqiyah” and black masculine shoes around, said she decided to disguise as a man so she could work and earn a decent living rather than beg on the streets. 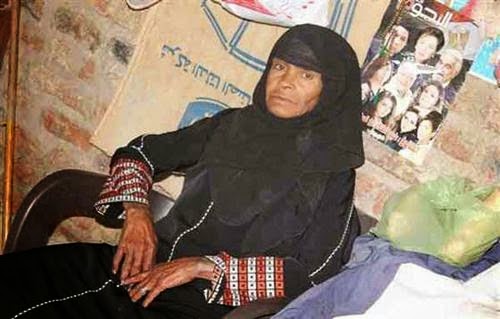 "I preferred working in hard labor like lifting bricks and cement bags and cleaning shoes to begging in the streets in order to earn a living for myself and for my daughter and her children. So as to protect myself from men and the harshness of their looks and being targeted by them due to traditions, I decided to be a man … and dressed in their clothes and worked alongside them in other villages where no one knows me.”she said

She said she had at some point stopped working and married off her daughter to a man but that the man took ill and she had to continue working so she could fend for her daughter and grandchildren. 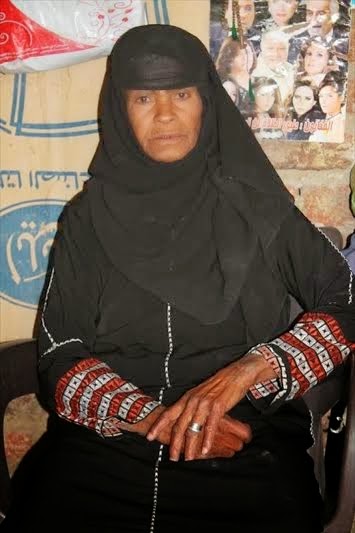 Email ThisBlogThis!Share to TwitterShare to FacebookShare to Pinterest
Labels: NEWS