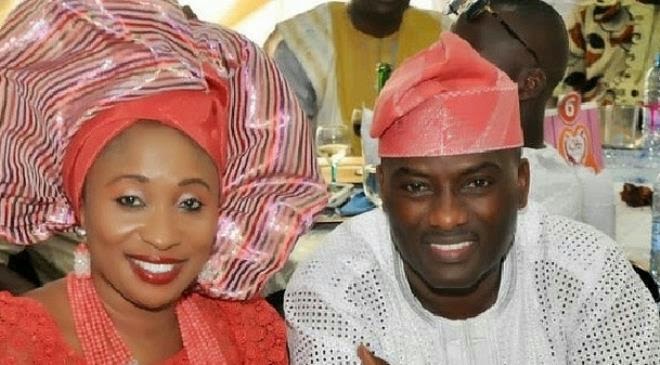 Wife of Dayo ‘D1′ Adeneye, Caroline has revealed how she has been coping and handling lots of female fansthat has been throwing themselves at her husband.

“There is one thing I have to appreciate my husband for; I have to give kudos to him for one thing, he respects me and he would not go out of his way to do anything he knows awife won’t like to see. But you can also understand that female fans are crazy; they go all around him and all that, but when we go for public events and they do their stuff to him, I don’t really care because he is going home with me. That is the most important thing.”

Further, the lawyer, who co-manages her hubby’s N90m hospitality outfit in Ketu area of Lagos said she has stopped wearing bum pads to enhance her sexuality.

“I used to wear bum pad when I was much younger but today, you can’t find me putting on a bum pant either at home or elsewhere. As an African woman, one must protect the sanctity of one’s womanhood. That is me.”