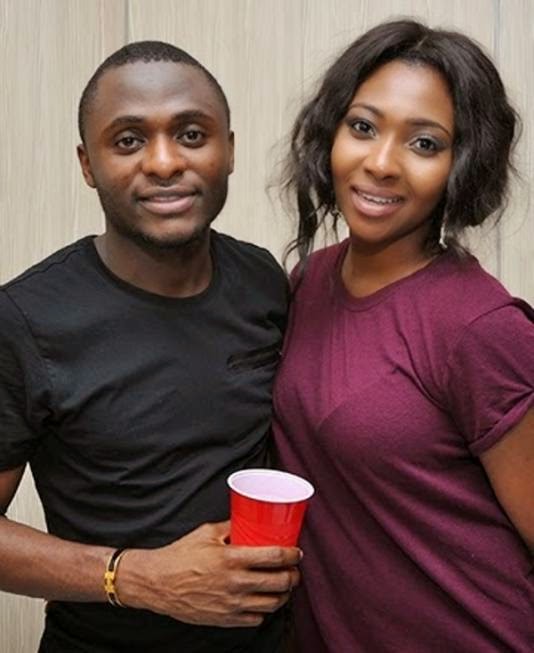 On March 19, 2015 news broke that Iyanya’s manager and CEO of TripleMG, Ubi Franklin got engaged to his girlfriend; Nollywood actress, Lilian Esoro.
Fans were so delighted to have heard the supposed good news, however, Lilian Esoro has allegedly denied the report via her BBM status. And Freda Francis, who is a friend of the pair and broke the news of the engagement on her Instagram page has since taken down the post. 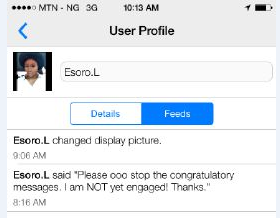 Here is the BBM status YNaija posted from Lilian, adding that at the time of this report, neither Lilian nor Ubi Franklin could be reached to comment and neither of them has posted anything on any of their social media accounts. The BBM message reads:
“please ooooo, stop the congratulatory messages, i am NOT yet engaged, thanks”.
Posted by Unknown at 3/21/2015 06:24:00 am