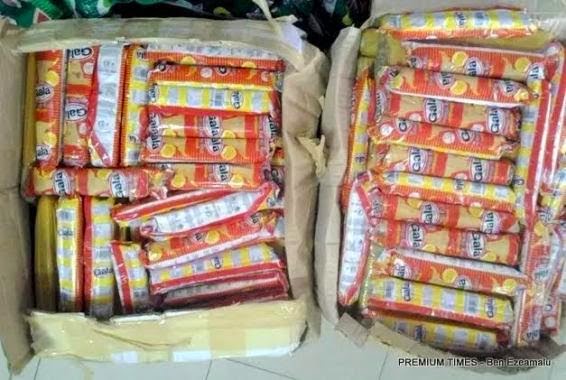 Nigerians haven't learnt their lessons in properly checking a package given to you by a so called friends to deliver abroad. At least that's what this man is claiming...that a friend gave it to me. Me, I never collect. If you insist, I'll offer to pay for it to be sent via DHL...lol.

Anyway, according to a report by Premium Time, the National Drug Law Enforcement Agency, NDLEA, have arrested a man who was attempting to smuggle 35.115 kg of Cannabis sativa hidden inside Nigerian made sausage rolls to China. 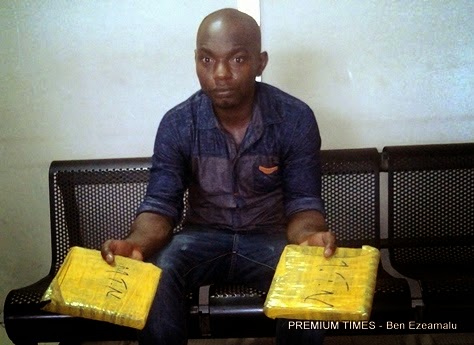 The 33 year old man was arrested at Murtala Mohammed International Airport, during a screening of passengers. According to the agency, Mr. Ogbonna (the smuggler) confessed saying,

"My friend in China gave me N100k to take a bag to China. The last time I travelled to China, he assisted me,” said Mr. Ogbonna, a trader at the Onitsha main market. “When he gave me the money to take the bag containing gala to China, I thought he was doing me a favour I never knew he was digging  my grave. After my arrest, I feel bad and regret my action. I am married with a child.”