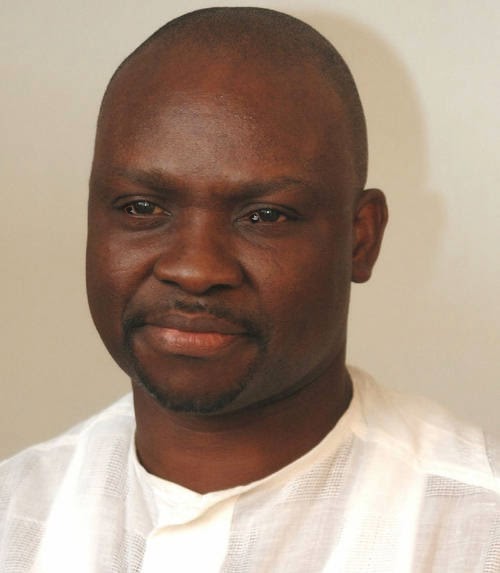 The impeachment proceedings against Governor Ayodele Fayose of Ekiti State moved one step forward today with a resolution by the House of Assembly, under the leadership of Speaker Wale Omirin to authorize the Chief Judge to set up an impeachment panel to look into the allegations of gross misconduct against the governor.
The resolution, obtained exclusively by SaharaReporters, was signed by the speaker and two other members of the "G19", the 19 majority members of the All Progressives Congress who want the two-time governor removed from office.


Our sources said the House membership met at an undisclosed location in Ado-Ekiti to discuss the way forward following the notice of impeachment they served against Fayose on March 3rd 2015.
Appearing on a live radio and television show on Tuesday, Governor Fayose bragged, “I’m like Israel that is in the midst of enemies but will always prevail. Whoever wants to remove me will first have to impeach God.”
In October 2006, Fayose and his first term deputy, Mrs. Biodun Olujimi, were impeached on corruption charges.  If impeached in the ongoing drama, he would become the first man in Nigerian history to be impeached twice from the same elected position.
SaharaReporters has published evidence as to how the Peoples Democratic Party, in collusion with the security services, rigged him back to power in June 2014. 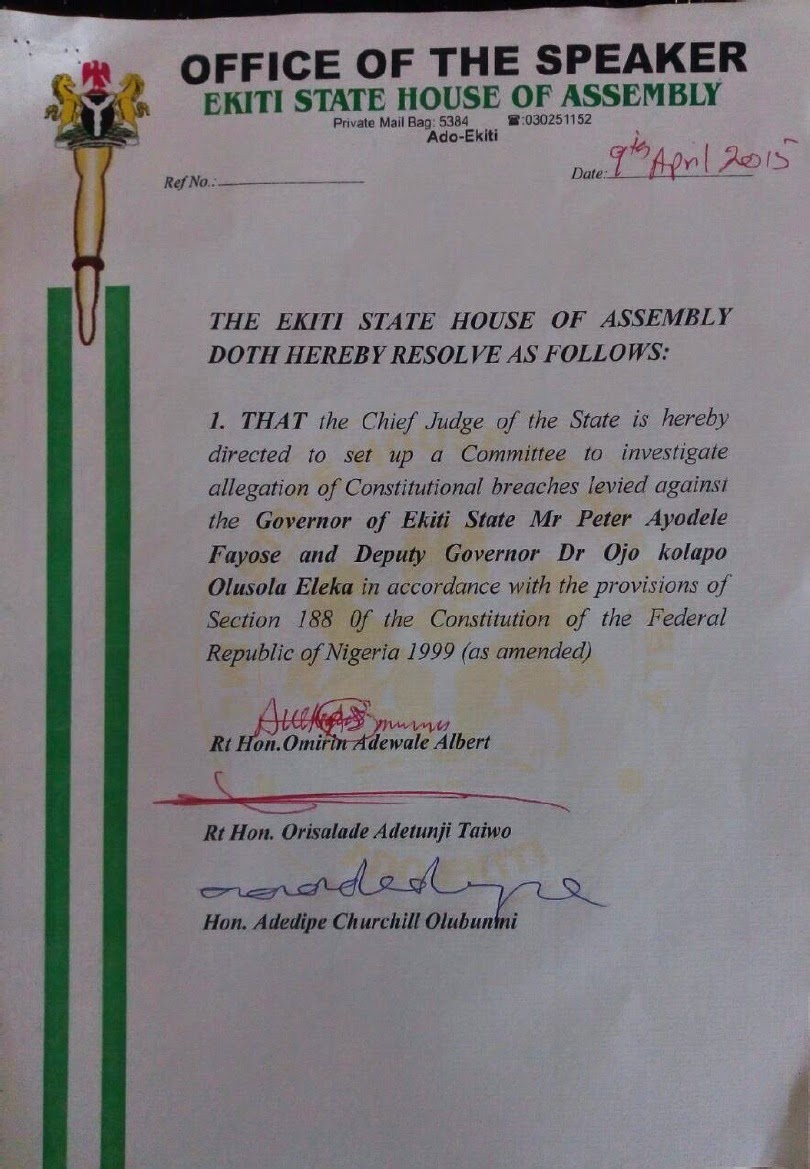 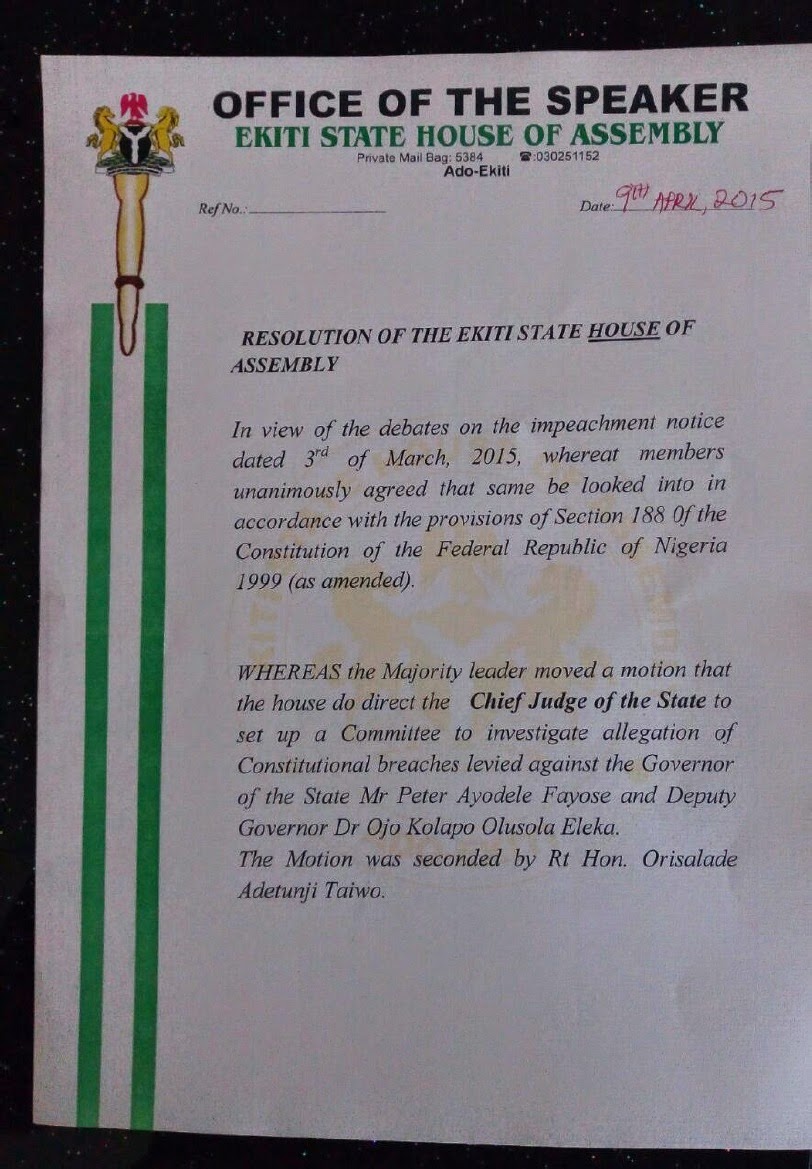