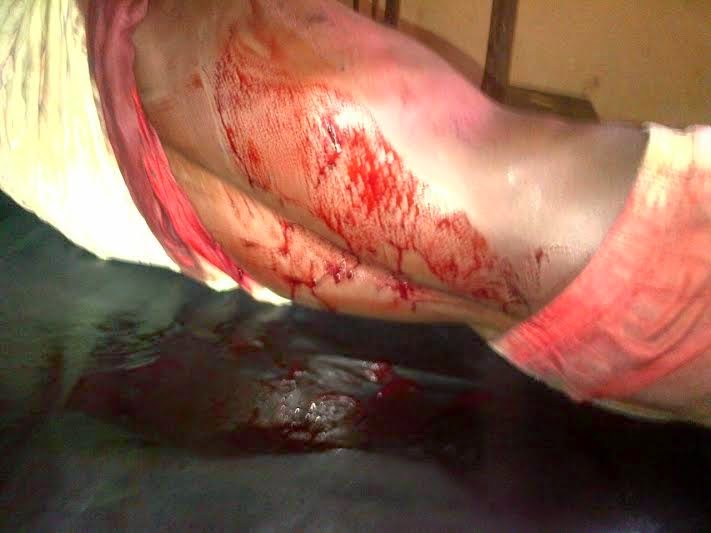 Report from the Special Assistant on new media to Gov. Fayose, Lere Olayinka, on the fracas that happened in Ekiti state this morning following APC lawmakers planned sitting to impeach Governor Fayose. Unfortunately one person has lost his life. Read below...

Here is the corpse of Modupe Olaiya,  killed at Efon-Alaaye today by rampaging APC Lawmakers led by Dr Adewale Omirin. Thugs and armed policemen in the lawmakers bus opened fire at the people at Efon-Alaaye junction on their way to Ado-Ekiti today.

The lawmakers were coming to Ado-Ekiti from Osogbo, State to carry out their evil plot to impeach Governor Ayodele Fayose. (Photo after the cut is graphic)

Sources at the scene said a member of House, Hon Gabriel Ogundele fired the shot that killed Modupe Olaiya.

The lawmakers convoy was blocked by angry youths and Soldiers at Ita-Awure before they were ordered to return to Osogbo. 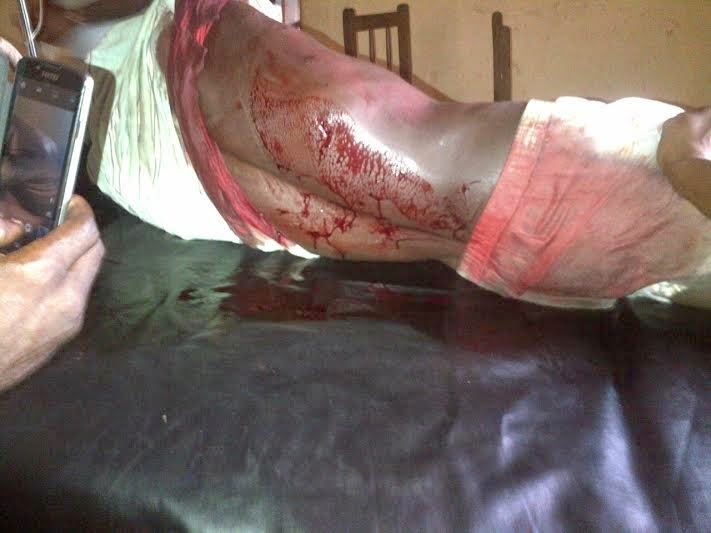 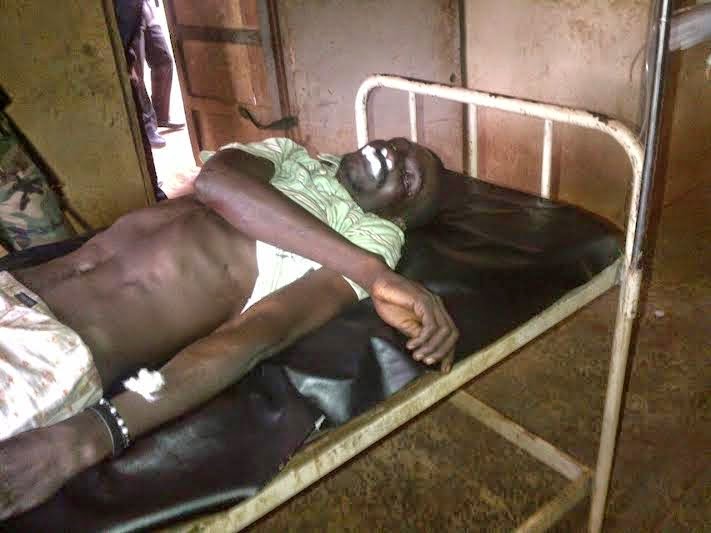