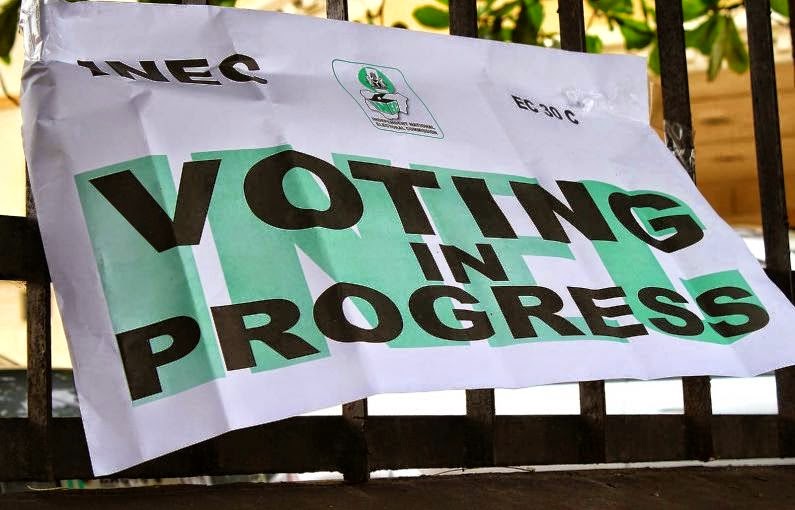 Press statement from INEC ahead of Saturday Gubernatorial elections..

The Independent National Electoral Commission (INEC) has received reports that some political leaders are asking members of the public to disregard its stated resolve to use Permanent Voter Cards (PVCs) and Smart Card Readers (SCRs) for the April 11, 2015Governorship and State Assembly elections.

A particular state governor in the North Central geo-political zone is reported to have assured voters in the state that they could come out to vote on Election Day with Temporary Voter Cards (TVCs) if they do not have the PVC, and that INEC will not be allowed to insist on the use of SCRs for voter accreditation.

Members of the public are strongly advised to disregard false assurances that contradict the regulations INEC has outlined for the Governorship and State Assembly elections. The Commission reaffirms that only voters with genuine PVCs should come out to the polling units on Election Day, and that guidelines issued on the use of SCRs for the April 11 elections will be strictly applied. Any action infringing these guidelines will be an electoral offence, and security agents will be on hand to apprehend offenders.

The Commission commends Nigerian voters for their peaceful conduct and exemplary resilience, even in the face of minor challenges, during the Presidential and National Assembly elections on March 28, 2015. It, however, considers it unfortunate that some leaders would misguide the public and thereby prepare ground for needless disruptions to the polling process on April 11. INEC hereby warns that any obstruction to the processes it has put in place for the elections by any person, no matter how highly placed, will constitute an electoral offence punishable in law.

Meanwhile, the Commission has assigned the Resident Electoral Commissioner (REC) of Kogi State, Alhaji Hussaini Halilu Pai, to supervise the conduct of the Governorship and State Assembly elections in Kano State, following the tragic demise of Alhaji Minkala Abdullahi last weekend. Before his posting as FCT REC, Alhaji Pai was Ekiti State REC, who conducted the Governorship Election of June 21, 2014.