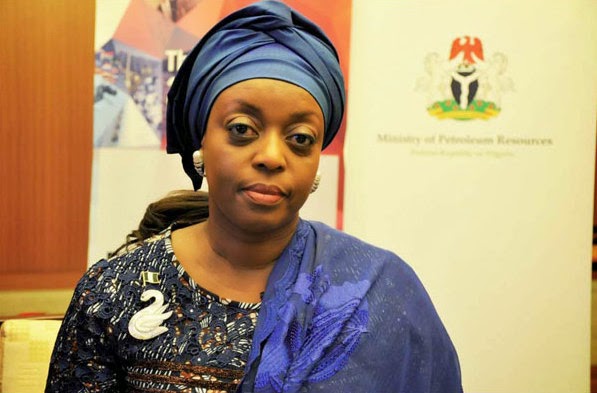 The Minister of Petroleum Resources, Diezani Alison-Madueke, has sued APC, Premium Times and 9 other individuals and organizations to restrain them from further reporting on the controversial missing$20billion oil money involving the Nigerian National Petroleum Corporation, NNPC.
In an application before Justice AFA Ademola of the Federal High Court, Abuja, Mrs. Alison-Madueke’s lawyer, Godwin Obla, from Obla & Co., sought and obtained an interim injunction restraining APC, Premium Times and 9 others from “publishing or causing to be published any further defamatory statements” stating or suggesting that the minister “stole, misappropriate or colluded in the stealing of $20billion crude oil revenue”, Premium Times reports.

Those listed as defendants in the case are the All Progressives Congress, APC, Vanguard Media Limited and its editor, Mideno Bayagbon; Leadership Newspapers Group Limited and its editor Ekele Peter Agbo; Premium Times Services Limited and its editor in chief, Dapo Olorunyomi, and Vintage Press Limited and its editor, Lekan Otufodunrin.
Also joined in the application were the National Broadcasting Corporation and the Nigerian Press Council.
The Court directed the two government regulators to ensure Mrs. Alison-Madueke is not linked in any report regarding the alleged missing $20 billion either on broadcast media, internet, print or radio.
The court specifically ordered the media houses to “desist from publishing any materials or running any programmme alluding to the complicity or collusion” the minister in respect of “$20billion, $49billion or any other figure, howsoever computed or arrived at, which are purportedly/allegedly missing or ‘unaccounted’ for”.
Posted by Unknown at 3/18/2015 05:51:00 am