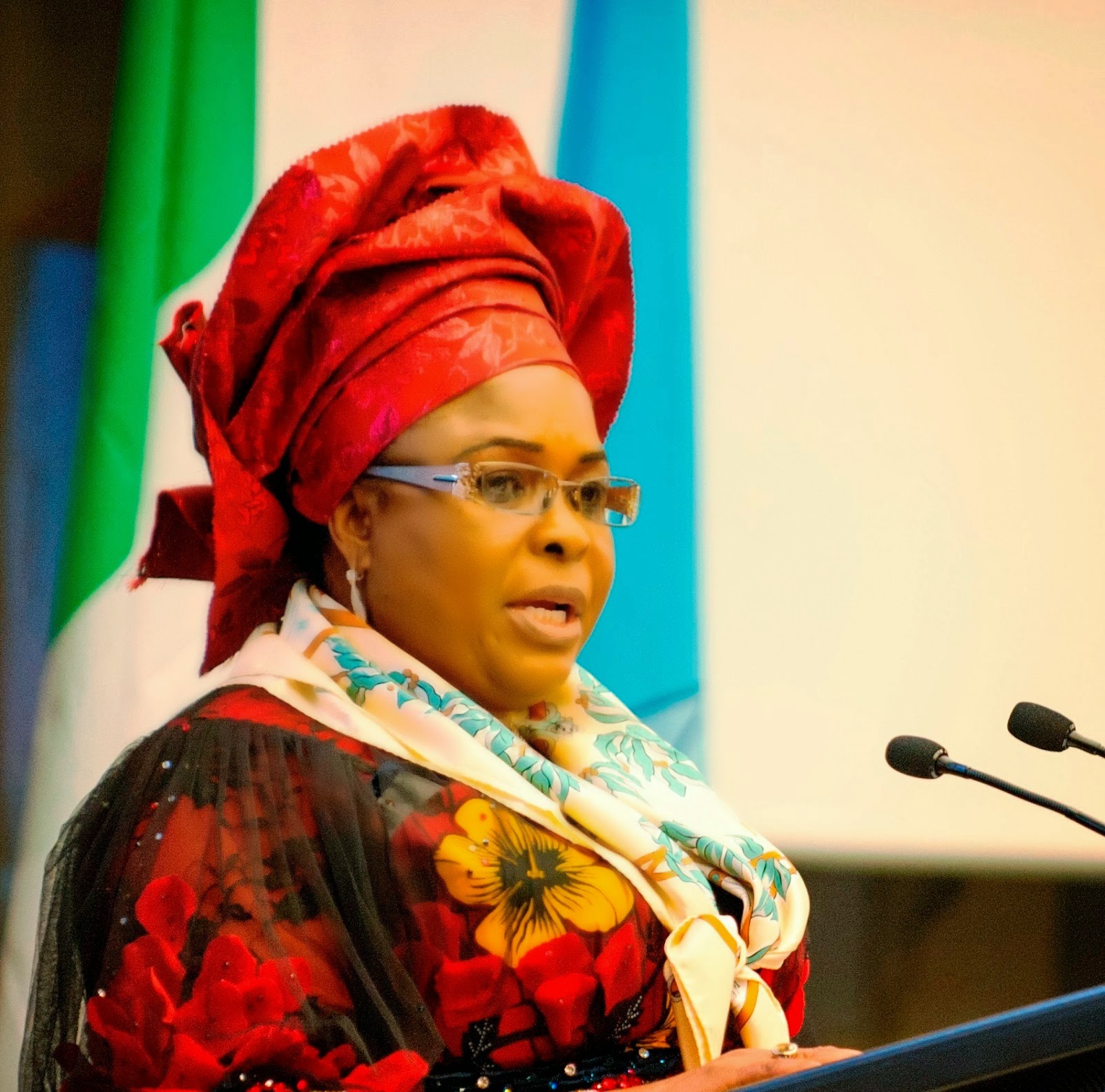 First Lady of the Federal Republic of Nigeria, Dame Patience Goodluck Jonathan, yesterday while addressing the crowd at the PDP women’s presidential rally in Ilorin, Kwara State, she stated that PresidentGoodluck Jonathan is the Messiah, and that Nigerian women should vote for him, Punch reports.

“PDP is not shaken; as far as we are there, there is no need for trouble. You know that Mama Peace, your mother, is peace-loving, so the children must also be peace-loving. Women are peace makers and no woman that makes trouble is worth to be called a woman.
Before I went to Edo State, the APC was there, all to make trouble. I have always been telling them that they like to make trouble. I wanted to go to Edo, they were there. Why? To make trouble. I wanted to come to Kwara, they were there. Why? To make trouble. As I was coming today at the airport, they were also coming so that there would be trouble but I told my security people that I am a mother of peace, so let them go in peace. We, wives of political leaders should not make trouble, so even if they come to you to make trouble, don’t fall for their tricks…
Kwara is PDP. They only stole the mandate because the Government House they are occupying today is in the name of PDP. We shall take it over. Everyday they change from one name to another and very soon they will change to Ebola and then death will come. My God that I serve has told me that they will fail. So don’t be deceived, don’t listen to their lies.
There is office for wife of President but they were saying there is none. But soon they brought one ‘Hajia’ as wife of the President and she is now saying, ‘don’t worry, my husband made a mistake, we shall make provisions as necessary.’ Don’t believe what they are saying, hold to what you have because it is better than what you are yet to see.”

In addition, Mama Peace is said to have likened APCto an “expired and adulterated drug” and urged the Nigerians not to vote for the party, saying it could lead to their death.
Posted by Unknown at 3/18/2015 05:59:00 am