Ex-wife Chops Off Man’s Penis Shouting ‘If I Can’t Have You, Nobody Will’ | PHOTO 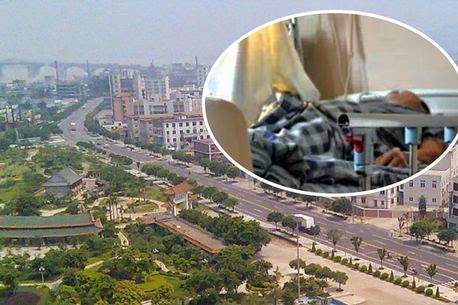 Hong Shih, 38, a wealthy Chinese businessman, said his ex-wife Fu had asked to meet him to discuss a possible reconciliation, and he agreed because of their three children together.
He said he was stood in his kitchen making tea explaining that he did not want to get back together after years of arguing.
He claimed that’s when she launched the attack.
He said: “I was just wearing loose fitting jogging trousers, and I heard her come up behind me and was shocked when she suddenly pulled down my trousers.
“I turned around and went to pull up my trousers when she leaned forward and before I even knew what she was doing sliced off my penis.
“She told me that she didn’t want to see me with somebody else and said ‘if I can’t have you, nobody will’.
“She then told me ‘you should probably go to the hospital now’.”
In shock and bleeding, the badly injured man nevertheless gathered the severed organ off the floor, and then ran with it in his hand to the hospital 800 meters from his home in Foshan City in southern China’s Guangdong Province.


Medics managed to reattach the organ after a three-hour operation and with luck he should still be able to use it.
Hong’s wife Fu, 35, then reportedly went on the run but later visited him in hospital where she told him: “Take care of our three kids. I’m going to turn myself in.”
Doctors said Hong is in stable condition and will most likely be released by the end of the week.
Posted by Unknown at 3/25/2015 11:30:00 am