Fayose Attacks Buhari Again, Says That After Elections APC Should Change Its Name To Panadol 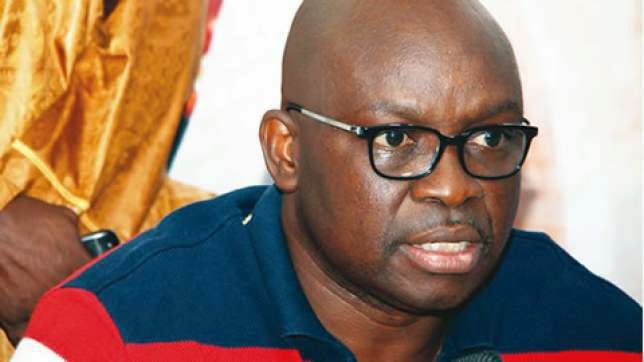 Ayodele Fayose, Ekiti state governor, is sure that Goodluck Jonathan will send the All Progressives Congress presidential candidate on permanent political retirement on March 28. Fayose, who often drops negative comments about Muhammadu Buhari’s age, advised him not to bicker after losing this week’s presidential elections, Thisday reports. The politician expressed confidence that the opposition party would be trounced severely and urged them to be ready for such development. Governor Fayose made his position known on March 22, Sunday, through Idowu Adelusi, his chief press secretary. He added that by the polls the APC would have to understand an important political lesson: that elections are not won through sheer propaganda. “The reason APC will fail woefully is because people have come to know it as a party peopled by liars, deceits and hypocrites who should not be entrusted with the leadership of this country. “Even leaders of thought in the North have since withdrawn their support when they realised the agenda of certain APC leaders against the North.
“I can say it categorically that Buhari will be beaten silly and I am advising Buhari and his APC to take the impending defeat philosophically as an act of God. “May be after this election, the party will change its name from APC to Panadol.” Fayose also that Buhari did not do any good for the nation while he served as a military head of state. This comes amid criticism directed at Fayose over his anti-Buhari campaigns. It should be noted that reacting to the governor’s attacks, which have been widely publicised in the media, Fayose’s eldest brother Segun said that Ayodele should stop embarrassing the good name of their family.
Posted by Unknown at 3/25/2015 04:46:00 am