Presidential Election: how and why Buhari will defeat Jonathan 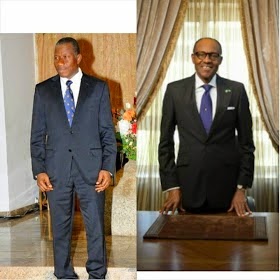 by Umar ArdoLet me start by saying from the onset that I am PDP. I have always been PDP; and no one can deny me of being PDP. But there are two kinds of PDP – the positive and the negative PDP; I am of the positive PDP who has remained within to fight the negative PDP. Thank God Almighty, it is now obvious that Nigerians are at last ready to get rid of the negative PDP in 2015. I believe it could well be for this purpose that our judiciary failed to determine President Jonathan’s ineligibility status when the latter insisted on contesting the election.

Yes, we all want the ravaging PDP out of power and out of our national live. We do not need to talk to thousands of Nigerians to realize this fact; just meet a few people in the streets of most parts of the country and the same narrative will inevitably keep coming back at you – Nigerians today want the PDP out of power even more than they had wanted the military out in 1999.
The reason is simple...
the PDP has wrecked the country in its 16 years in office far more than the military did in its 29 years in power – whether it is on our national unity, politics, economy, corruption, insecurity, infrastructure, crime, dishonesty in leadership, constitutionalism, rule of law, or any other aspect of our national life, the PDP has done worse than the military. So, Nigerians understandably want them out.

But wanting the PDP out will not get it out unless and until concrete and determined steps are taken. I see in the formation of the All Progressive Congress (APC) such determined step. Perceptively, while Nigerians are ever ready to support in achieving this noble objective, the APC itself on its own has taken the appropriate measure to win the presidential election fair and square by fielding in right candidates with mass public support, General Mohammad Buhari (rtd) and Prof. Yemi Osibanjo, as its Presidential and Vice Presidential candidates respectively. This is a sure ticket of guaranteeing electoral victory. The political calculation is easy, and the electoral mathematics is simple; Buhari, more than any politician in the North, commands the support of the Northern populace in the same way as Tinubu, more than any politician south of the Niger, commands the support of the Southwest zone.
Therefore, fielding in any other candidate than Buhari could have turned off the North against the party in the same way as how CPC’s fielding in of a Southwesterner other than Tinubu or his nominee as its Vice Presidential candidate in the 2011 presidential election turned off the zone against the CPC. Having avoided the mistake of 2011, I believe APC’s victory in 2015 is assured. Mathematically, the electoral forte of the two geopolitical zones of Northwest and Southwest alone put together constitute 46.3% of the national electoral strength, based on the 2011 voters’ register. Driving from the voting pattern of these zones since 1960, the probability of the PDP winning the presidential election in 2015 does not exist.

The South-west zone has 14,296,163 registered voters, which represents 19.44% of the total number of voters nationwide. In terms of national electoral strength, the zone is number 2. Taking into account the electoral behaviour of the South-west since independence, the zone has proven itself, without exception, of incapable of voting anyone other than its own. In the 1st Republic it voted mainly Action Group in favour of Chief Obafemi Awolowo with about 69% voters’ turnout. In the 2nd Republic, it voted 78.75% of its total votes cast for UPN in favour of Chief Awolowo, with 70% voters’ turnout.
In the June 12, 1993 presidential election, the pattern was repeated more or less the same, except that the total percentage of SDP’s votes in favour of Chief MKO Abiola rose up to 84.5% in the zone. In the 1999 presidential election, mainly because the only two candidates for the presidency were both from the South-west, the zone’s voters’ turnout was abysmally low (48.09%) with about 68% of the votes cast to APP in favour of Chief Olu Falaye. 2003 also recorded poor voters’ turnout with 71% of votes cast to Obasanjo’s PDP. In 2011, with no Southwestern candidate fielded by any of the major parties, the South west voted PDP when a functional alliance with the CPC failed to field in Sen. Tinubu or his nominee. Besides, with the vicious experience of AD in 2003 when the PDP Federal Government uprooted its governments in five states of the zone, the Southwest cannot now afford to risk having an opposition PDP government at the federal level again; certainly not after the hard pains and toils of forming the APC. It is therefore existential for the Southwest to vote APC at the presidential election.

Like the South-west, the electoral pattern of the North-west too has shown, without exception, that it does not elect anyone other than its own. This trend includes the much celebrated June 12 presidential election where Chief Abiola was given an average votes cast of 42.9% by the zone. Even this score was unusually high, and should be attributed to the personality profile of Chief Abiola, including his faith. For the record, it should be pointed out that the North-west zone always led the nation in terms of number of registered voters. For the 2011 elections, the zone had 19,803,689, representing 26.93% of the national electoral strength, the highest in the country.

With a total of 10,749,059 voters in the 2011 polls, representing 14.62% of the national voters, the North-east zone is the 4th in terms of electoral strength in the country. Although ethnically heterogeneous, it largely shares common history, faith and cultural values with the North-west. These often account for common political stand between the two zones, especially since the advent of Gen. Buhari into the presidential race. On this score, we can confidently assert that the zone will go not less than 65% for Gen. Buhari, as the 2003, 2007 and 2011 polls showed. Added to the fact that Buhari was once the governor of the entire zone, there is a sentimental political attachment to the man that somehow remains through the years. If every vote will count, as the nation expects it to count in 2015, then APC is very much at home in the zone.

The North-central has 11,627,490 voters representing 15.81% of the total electoral strength of the country. It is the home of about 65% of what is generically term as “Northern Minorities”. But about 55% of the populace is historically and politically affiliated to the ‘Northern Caliphate Establishment’; and over the years this affiliation has translated into electoral votes for the pro-establishment. In the 2011 presidential election nearly 90% of Niger state’s voters elected Buhari. With Bukola Saraki in the APC, it is certain this factor will reflect in the 2015 presidential election in favour of the APC in Kwara state.

Furthermore, the traditional dominant support bases of the PDP, which is the Southsouth, Southeast and the minority North cannot give the party victory. Firstly, the Southsouth has a total of 9,923,219 and Southeast 8,899, 438, which put together, cannot upturn the votes of the Northwest alone. For the Northern Minorities, certain missteps of the government, the party and some overzealous Niger Delta militants have combined to change the PDP support equation. To all intents and purposes I cannot see PDP winning one single state in the 19 states of Northern Nigeria.
The writter, Umar Ardo is based in Abuja
Posted by Unknown at 3/18/2015 07:55:00 am