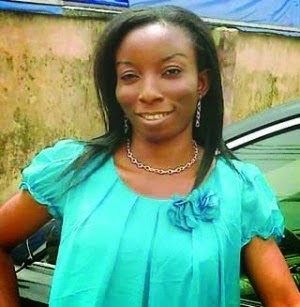 An autopsy carried out on Kemi Faboro, the young lady who died after meeting with her married Facebook lover, Christopher Ezekiel, at her home in Ogba Lagos on March 14th, confirms that she died of natural causes, ruling out any foul play.

A police officer who is in charge of murder cases at the Criminal Investigative Department (SCID) in Lagos disclosed to Encomium magazine that Kemi suffered a heart attack which resulted in her death. The police officer who spoke on the condition of anonymity said Mr Ezekiel who has been in police custody since Faboro's death will soon be released.
Posted by Unknown at 4/02/2015 03:21:00 pm