Amaechi Speaks: Any Police Officer who harass civilians again will be sent on retirement 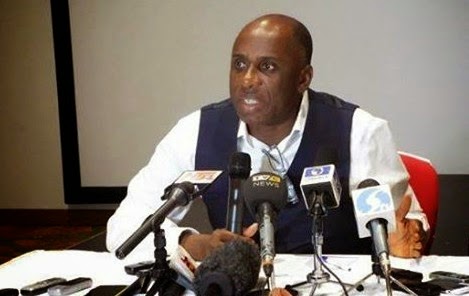 The Rivers State Governor and the Director-General of the Buhari Campaign Organisation, Rotimi Amaechi, has said with the emergence of General Muhammadu Buhari as the President-elect, there will be no more police brutality and molestation in the state and Nigeria at large.Amaechi, who called on the people of the state to vote the All Progressives Congress governorship candidate, Dakuku Peterside, in the April 11, 2015, election, assured voters that any policeman of officer that harassed them would be punished.


In the words of Governor Amaechi: “Next week Saturday, I expect everybody to come out and vote. There will be no police molestation again. There will be no Army harassment again. Any police that molests you must be preparing to retire and this time, it will not be retirement, it will be punishment for retirement.

Speaking during a ward-to-ward campaign in Emohua and Ikwerre Local Government Areas on Saturday, the governor urged the electorate not to be afraid to come out and vote. "Come out to vote. We are looking for you to come out to vote."

“The reason why I am running from ward to ward is to encourage you to come out because after what the police and the Army did last time, everybody will be afraid to come out. Saturday, we should all come out to vote and as your governor, I urge you to vote for APC,” he said.