Etcetera: Nobody Should Celebrate Buhari 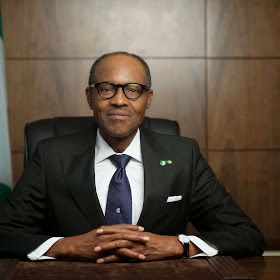 Why are we dancing? Why do we keep rolling out the drums each time we have a new government, only for us to start crying few months down the line? Is it that we are too quick to forget or we just love to dance? Do you celebrate a child who’s about to write his exams or the one who has written and passed? What is this jubilation for? Because I really don’t understand. Is it that the election of Buhari in itself has suddenly alleviated our sufferings? I am really confused here, hearing how six bikers lost their lives in Zaria celebrating Buhari’s victory.

One would think that a people who have been shortchanged for so long by past presidents will know better to be calm and take every word of the new president with a pinch of salt until he proves to be different. This process is becoming an unending circle, again and again we’ve danced and again and again, we’ve cursed and cried at the end. It is still shocking to me that a lot of Nigerians fell for the story that the president was born without shoes. Was anyone born with shoes on? Buhari’s triumphant entry into the presidency last Sunday which coincidentally was a palm Sunday doesn’t yet prove he is the redeemer. Just like the second coming of our supposed political messiah Obasanjo didn’t prove any significant improvement in our lives.

We all thought he was the one anointed by the gods to take us by the hands and lead us right straight into the promised land, where we shall have no more gnashing of teeth. But when he left office, the roads were still as bad as they were before he took office. The hospitals were still without facilities and most importantly, he failed to defeat the demon in the power sector even with billions of dollars thrown at it. The demons in the same power sector have claimed Jonathan just like they did Yar’Adua, Abdulsalami Abubakar, Sanni Abacha, Shonekan, IBB and Shagari. Even Buhari himself had already been defeated by this demon before. So what says it is not going to be the same this time around. Remember obasanjo was defeated twice by this same demon.

Why won’t our leaders take us for granted when they’ve noticed that we are always ready to jump to our feet and “judile” with the announcement of every new regime? When Buhari overthrew the democratically elected government of Shehu Shagari in 1983, many of you reading this took to the streets to boogie down. When Babangida sent Buhari packing a couple of months later, a lot more of you got drunk and vomited all over the place. Even Abacha’s sudden death brought smiles on the faces of most bar owners across the country as they ran out of booze.

Is something wrong with us as a people? We are forgetting a very important fact that this election proves that we are and will still remain a divided people. We are divided by our ideologies with no realistic integration in sight. The election has also reinforced the thinking that we are divided by regional, tribal and religious interests and not national. These are some of the significant issues that will define our tomorrow.

Finally, some of you who are reading this may be saying, ohEtcetera, can’t you be optimistic for once? My brother, I can’t. Optimism and its younger brother, hope have proven to be very dangerous especially in Nigeria. They have sent millions of Nigerians to their early graves. What is the point of being optimistic in a system that has always left me in tears and heartache? Or is it till I get arrested by Mr. Cardiac? Tufiakwa!