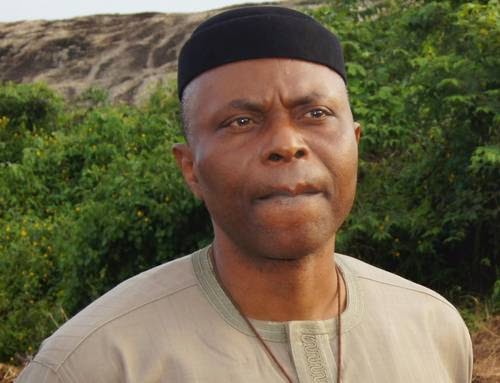 The All Progressives Congress (APC) in Ondo state has uncovered plans by Governor Olusegun Mimiko to manipulate the April 11 House of Assembly election in the state.
In a press statement issued by the Publicity Secretary of the Party in the State, Omo'ba Abayomi Adesanya alleged "Governor Mimiko recently held meeting with some imported thugs (militants) in the State's Government House to destabilize and scare away voters in the State on Saturday, April 11.”


"We also have it on good authority that the Governor has been inviting all the INEC ad hoc staff -Presiding Officer (PO) (who are majorly Youth Coppers) in all the 203 polling units in the State to meetings in Government House to induce them with money, so that the Rivers system of withholding result sheets could be adopted in the State.
The Party alleged, "The governor is planning to use all arsenals within his disposal to manipulate the April 11 election.  He has been begging a cross section of people; the House of Assembly members, Labor Union leaders, Civil Servants, Local Government Workers, Teachers and Artisans, to vote for the PDP so as to secure majority in the House of Assembly to continue perpetrate his dastardly act in the State.
"Mimiko is struggling in the mist of tempest wind occasioned by the defection of his deputy and also struggling to cover the alleged mismanagement of fund for the just concluded Presidential campaign. Undoubtedly, this “political chameleon” must have had the greatest shock of his life with result of last Saturday election swinging in favor of the “roaring” APC in the State.
"His deputy lamented and alleged the Governor of marginalization and exclusion of his followers from the Mimiko's government; he described the APC as a Party of justice, fairness, equity and freedom. This happened amidst allegations that what fuelled the development was due to lack of trust between the Governor and his Deputy.
"An African adage says, “A man who had suffered public humiliation would rather do everything possible to avoid being bludgeoned to death”. This explains why Gov. Olusegun Mimiko of Ondo, his Ekiti State counterpart, Ayodele Fayose boycotted a meeting between President Goodluck Jonathan and the Peoples Democratic Party (PDP) Governors in Abuja yesterday. "APC said, Governor Mimiko having lost touch with reality and popularity among the people is trying to use force and manipulative means to win the House of Assembly election desperately. As a matter of fact, we have it on good authority that the Governor has diverted the sum of N410m of OSOPADEC funds, meant for the development of the oil producing areas (Ilaje), to execute the Assembly election.
According to him, an APC dominated House of Assembly, will make it difficult for him to pay workers salaries and allowances, as he will use the State allocation to bribe the House, instead of paying workers salaries.
"Meanwhile, in our Party, we are disciplined people, we will not give or take bribe for whatsoever reasons. This is what the President-elect, Gen Muhammadu Buhari has promised Nigerians, to fight corruption and allow justice to prevail irrespective of status. We also want to caution the INEC ad hoc staff (Youth Coppers) to deceit from any action that could undermine a free, fair and credible election in the State.
"We hereby call on the good people of Ondo State to ignore the deceitful appeal of Governor Olusegun Mimiko. Also appeal to all electorates in the State, to stay resolute in their resolve to vote in mass for all APC House of Assembly candidates come Saturday April 11. We urge you not to be intimidated and harassed, by the use of brute force either by the security agents or political thugs on Election Day, so as for our dear State, to secure a pride of place among its pears and a good relationship with the new government of Gen. Muhammadu Buhari, that would enhance our State good standing with government at the center, the statement reads.
Signed,
Omo'ba Abayomi Adesanya,
Publicity Secretary,
APC, Ondo State,
Akure.