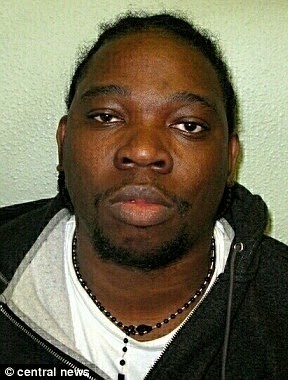 31 year old Rilwan Oshodi was jailed for 8 years and has been ordered to repay money he stole from his victim. According to the story, he bought Karen Budow's bank details & spent her £1million life savings on a luxury lifestyle. Full story from Mail Online below...

A scammer who was the ringleader of a fraud gang has been ordered to repay nearly £1million which he stole from the life savings of an innocent victim. Rilwan Oshodi bought Karen Budow's bank account details for just £3,200 and spent her savings on cheeseburgers, bottles of champagne and top-of-the-range computers. 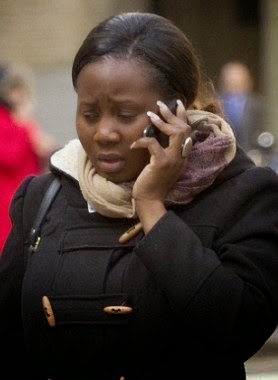 He now claims he is so broke he can't even pay his lawyers - but a judge told him today that if he doesn't return his ill-gotten gains he'll have to spend four more years in prison. 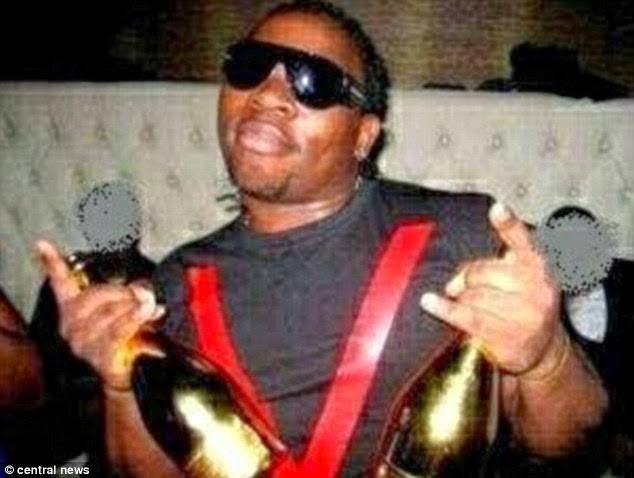 Nigerian Oshodi, 31, bought Ms Budow's Santander details from an Egyptian hacker Tamer Abdulhamid, who had persuaded her to hand them over as part of a fishing scam.

His girlfriend Annette Jabeth (pictured above right) then posed as the victim and withdrew her £1million life savings, which the gang spent in a three-day shopping splurge in the New Year sales in January 2012.

Detectives said that their purchases had ranged from cheeseburgers to high-end computers and gold', while Oshodi spent £1,134 on taxis and bought expensive gadgets including a MacBook and an iPhone.

One picture of him even appears to show him holding a 'money sandwich', with Nigerian banknotes stashed between two slices of bread. 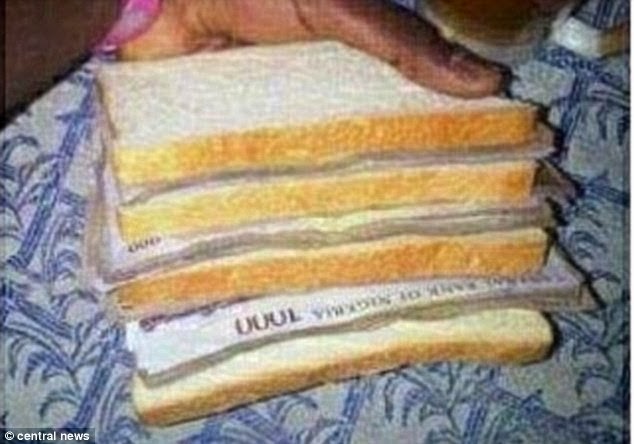 He was jailed for eight years in 2013 after being convicted of two counts of conspiracy to defraud and conspiracy to conceal criminal property.

Appearing at Southwark Crown Court for a confiscation hearing today, Oshodi insisted he had not profited from the scam, and denied hiding money in overseas bank accounts.

But judge Stephen Robbins said: 'I reject what he said today... he was the main mover and architect of this fraud and he has hidden assets most likely outside this jurisdiction.
'He said he got nothing from it at all, no benefit directly.'
Determining Oshodi to have made £940,820.34 in profit from the fraud, the judge ordered that he repay the total sum within six months or face a further four years in jail.

During a raid of Oshodi's home, detectives discovered computers with details of more than 11,000 credit cards, including those of almost 8,500 UK customers.
In a victim impact statement, Ms Budow said she was 'physically shaking' when she was informed by the bank, adding: 'Since the theft I have been reimbursed the full amount by Santander.

'But the effect it has had on me personally has been one of complete violation of my privacy. People have gained access to my personal details and I fear what they will use the information for.'
Jabeth and five others were also jailed for being involved in the scam.
Posted by Unknown at 4/01/2015 07:24:00 pm