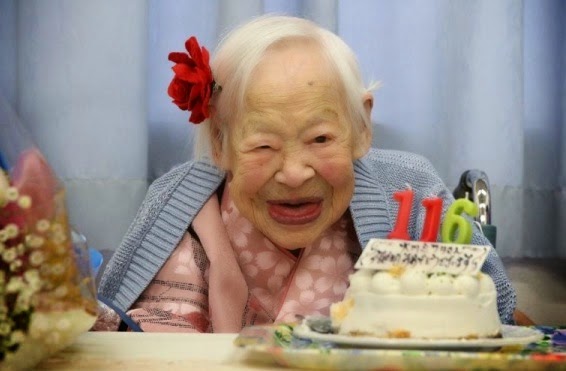 Japanese woman, Misao Okawa, who is said to be the world's oldest person, died today April 1st, just a few weeks after celebrating her 117th birthday. (she's pictured above at her 116th birthday last year)Misao died of heart failure & stopped breathing while surrounded by her family at her Osaka nursing home this morning. "She went so peacefully, as if she had just fallen asleep." her caregiver said

Okawa was born in Osaka, Japan on March 5, 1898. She was recognized as the world's oldest person by Guinness World Records in 2013. She got married in 1919, has three children who are all dead. She lost her husband in 1931. She was survived by four grandchildren and six great-grandchildren. 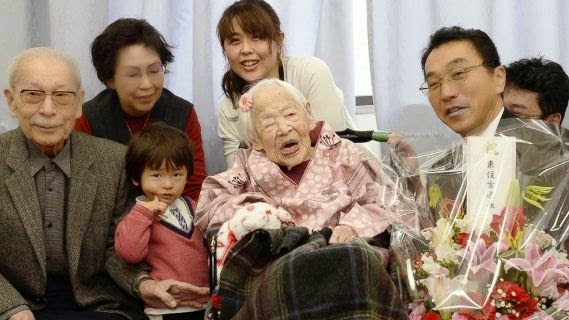