Reflections on Elections... by Banky W 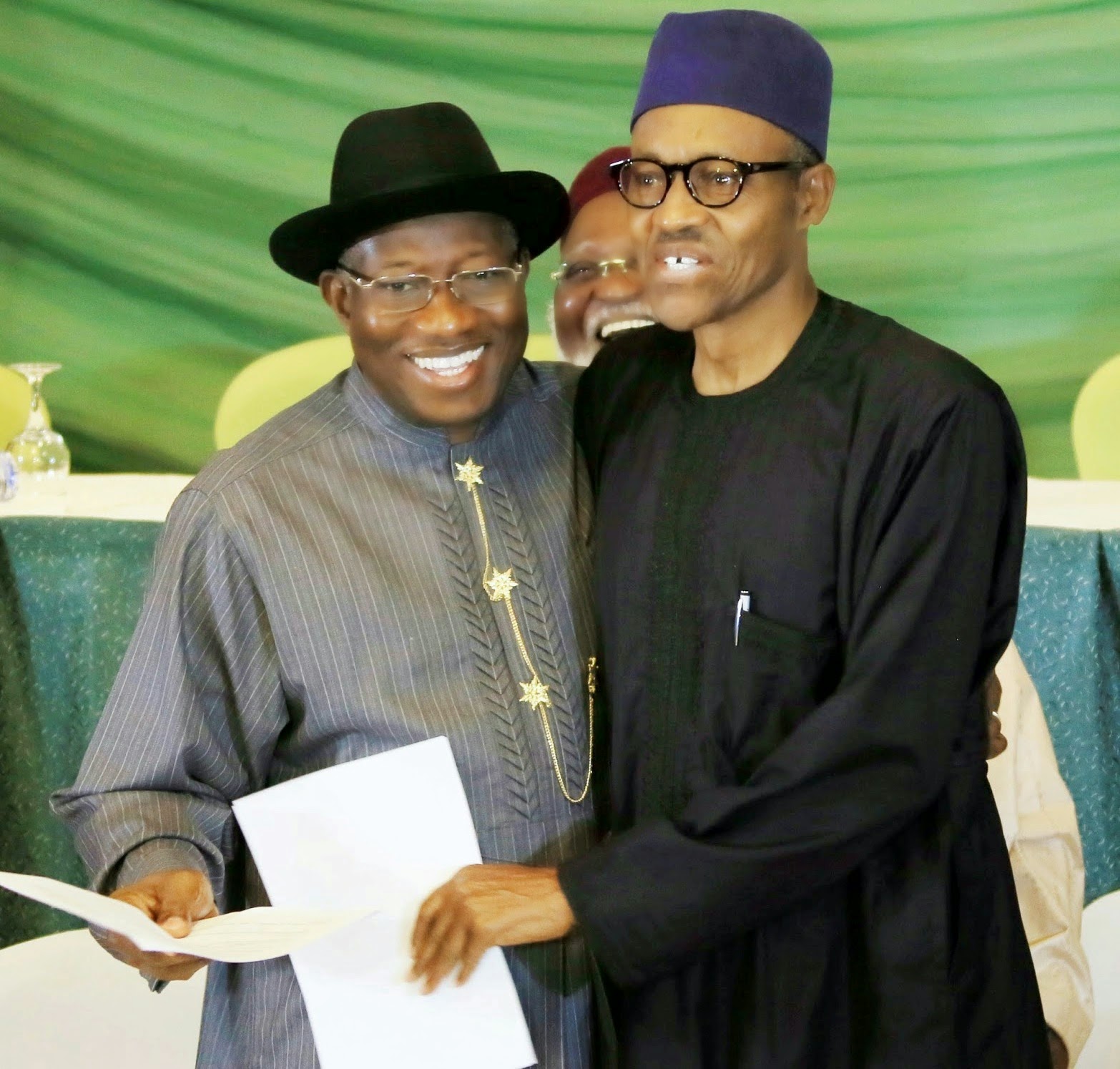 Singer Banky W writes an interesting piece on the 2015 presidential elections which he shared on his blog. Read below...

The morning after..
It has been quite an interesting time in our Nation's History. Exhilarating for some, disappointing for others... but interesting nonetheless. The announcement of the 2015 Election results has dominated every news medium, traditional and social media platform in the last few days. Alongside most Nigerians worldwide, I was glued to my television throughout the process as INEC members slowly read out each result from each state, and then as the Chairman Mr Jega gave the final results and declared the winner.


Now that the dust has settled a little, it's time to share some of my random thoughts on what has just happened, and celebrate/highlight some of the key factors.

Here's to the President-elect, General Muhammudu Buhari. Congratulations Sir on your victory. Yours is a lesson of perseverance. After contesting and failing in 2003, 2007 and 2011, some would have understandably thrown in the towel on this particular goal. But it's never failure until you give up, give in and quit trying. There's a lesson for all of us in this. When you get knocked down, you get back up, dust yourself off, re-strategize, and try again. That's precisely what he did, and now he's the President-Elect. He's got a tough job ahead of him...the economy is coming upon harsh times; oil prices have crashed and foreign reserves have been depleted. The Unemployment rate and poverty index in Nigeria is at an all time high. General Buhari's administration have their work cut-out for them, and here's hoping they hit the ground running. It's time to cut the excesses of times past... time to focus on what's truly important to the Nigerian people, and make significant strides in the right direction. Everything needs improvement. Security, Employment, Power, Education... you name it. Change is what we voted for, and change they must deliver.

Here's to President Goodluck Ebele Jonathan. Many of us have been vocal critics of the present administration over the past couple of years... but you've left a legacy of conducting/overseeing/allowing two free & fair elections to hold in Nigeria. That's more than any other President can say in our Nation's history. You've also been gracious in defeat, and your move to quickly congratulate the opposition has probably helped ease the atmosphere in these tense times. That these elections have been MOSTLY violence-free, is no small feat. Your position, that neither you nor any politician's ambition, is worth the blood of any Nigerian, is noble, applaudable, and appreciated. If you're going to go out, this is the way to do it.. with your head held high and your dignity intact.

Here's to Chairman of INEC, Professor Attahiru Muhammudu Jega. You've overseen such an intricate, tense, political process and come out mostly spotless. In recent times your job has probably been the most powerful and the most stressful in Nigeria, and yet you handled your affairs as cool as the other side of the pillow. Never once losing your temper, never once succumbing to pressure or drama, never once letting people see you sweat. Your attitude, manner, and competence in dealing with highly sensitive tasks and times, is one that is exemplary to all Nigerians. This is how to become a living legend. Our hope, however, is that INEC will improve upon this exercise and learn some very necessary lessons. The process to collate, calculate and announce results took entirely too long. It's 2015... we can't at this point, be that adverse to the use of excel sheets and calculators. Too much time passed between when votes were cast and when the results were announced that could be interpreted as an avenue for rigging to occur. The situation and allegations in States such as Rivers, and some areas in the North and East, should also be looked into for the purpose of eliminating any areas of malpractice in the future.

Here's to the young people that were actively involved in the political process this time around. It was encouraging to see more of us participate. For instance, one of the parties used peers of mine like Adebola Williams and Chude Jideonwo (and their media platforms) to handle their PR and campaign activities with great success; while other parties used spokespeople who some say may have done more harm than good. Sites like LindaIkeji's blog, Bella Naija, and YNaija, were just as, if not more important to candidates and voters, than traditional newspapers and media. This shows the innate tremendous power and influence that young people and our platforms have. Don't be surprised when you see some of these young people being appointed in strategic powerful positions in the near future.

Here's to the Nigerian People. This 2015 Election marks the first time in our history, that an incumbent President has been voted out of power. That in and of itself is a mark of a true democracy, and a sign that power still belongs to the people. My hope is that this will serve notice to the incoming administration at the Federal, State and Local levels. Gone are the days when our leaders can do whatever they like, and expect to remain in power with little to no backlash. Gone are the days when no matter how bad your actions are, or how bad a state we find ourselves in, we just say "it's Naija" and "God dey". The time has come where we must now hold our leaders accountable for the offices we have elected them into, and this election was the first step in that direction. We must pay attention... we must care. Not just about the office of the President, but the Governors, Senators, House of Reps, and Local Government positions. This is the only way we will see Nigeria truly change for the better. If we the people, just... care, again. Now is the time to keep track of campaign promises that were made, and see if they're delivered on. The reason Nigeria keeps recycling the same problems and issues with no end insight, decade after decade, is because of failed leadership and citizen apathy. Our leaders were corrupt and we just didn't care. Let's hope that change, indeed, has come.

To those of us that voted, whether your candidate won or lost, thank you for playing a very significant and important role in our Nation's Democracy and History. Thank you for letting your voice be heard. Thank you for braving the inconvenient, tense, and sometimes harsh, conditions to make sure you voted and that those votes were counted. We laughed together and we fought; we stood in line together under the burning sun, then the rain, then the sun again; we discussed and we argued... but we voted.

Nigeria has a current population of about 182+ Million people; only 29+ million of which voted in the recent elections. The winner of the elections had 15+ million votes. That means, only 8% of our population chose the direction of our country for the next 4 years. That's not good enough. I was watching the elections coverage, and it was sad to see that state by state, the eligible, registered voter turnout was less than 50%. That's not good enough. Some people will say that we voted along tribal lines; I say that most young people, who do not have the tribal prejudices that older generations have, simply didn't show up. Time and again, I'd be among groups of young people and ask who has picked up their PVC. 9 times out of 10, I'd be the only one. We have to do better. We seem to be content with tweeting, and instagram-ing, and arguing and pointing fingers... but when it comes to the most basic of our civic responsibilities... when it comes to actually playing a part in bringing about a better Nigeria that we all seek, we're nowhere to be found. Social Media activism is simply not enough.

Some young people tried, but were frustrated by the inefficiencies in the PVC collection process. My heart goes out to you if you truly tried, but for some reason couldn't get your card. Others were just "too busy" to go through what was required. To these ones, I say this: We saw pictures of Billionaires such as Aliko Dangote and Wale Tinubu voting. You are not busier than Dangote. If these ones could put their affairs on hold to register and vote, then clearly, we all need to get our priorities straight.

Some may say that elections here are rigged... well, you make it incredibly easy for someone to rig elections by not showing up. All the unused ballot papers can very easily be stamped for whoever they feel like. It becomes increasingly hard to rig when we show up en-masse. I pray, and work towards the day, when all the young people who are eligible, actually care enough to get up, go out and register to vote... and in that day, when we all actually do vote, we will truly be in charge of our Nation's destiny. We'll see a Nigeria that has a chance to cast away the burdens, problems and prejudices of times past, and finally live up to our potential.